50 years of Research
and reliability

Half a century of history

SICMA is one of the leading companies of agricultural mechanisation and it is thanks to its history that today it can boast being a global benchmark in the market of agricultural equipment.

Sicma S.r.l., a manufacturer of agricultural machinery, was set up by the Aurora brothers with the aim of combining the brilliance of craftsman with modern industrial technologies, exploiting he founders' experience in the field of farming constructions, in particular tractors and machines for vineyards. 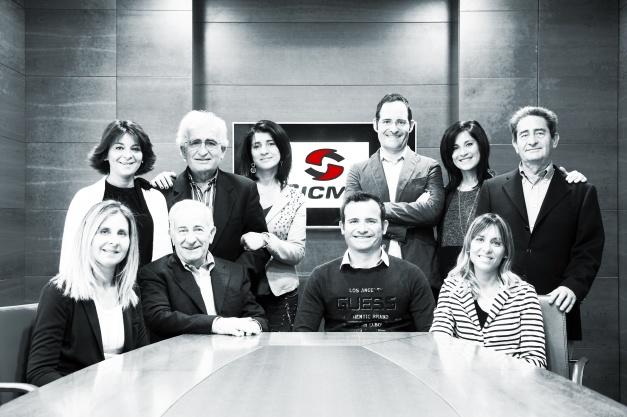 SICMA has its origin in the company Igino Aurora which, eager to identify mechanical solutions that would lighten the workload in everyday agricultural activities, began to develop and implement the first irrigation pump with internal combustion engine.

Given the success and the feedback obtained, Igino Aurora also started construction of the first "Aurora"-branded motor-cultivators.

The range included 14 hp crawler tractors, completely constructed in the workshop beneath the house. The range would later also encompass the various power categories up to 40 hp.

"Aurora" became SICMA S.R.L., a producer of crawler tractors, diggers and tillers, with the aim of combining the brilliance of craftsman with modern industrial technologies, exploiting he founders' experience in the field of farming constructions, in particular tractors and machines for vineyards.

The last "Aurora" tractor was produced, the 173° in 20 years. The design and construction attention focused on implements: diggers and tillers.

Its reputation began to grow as a company producing machines for the harvesting of fruit, in relation to which it decided to develop the range of flails, that still today represents one of the flagship products of SICMA.

The first SICMA mower was created which was particularly popular in the North American market.

The international success constituted the driving force for the implementation of important investments that allowed SICMA to become increasingly organised as a business receptive to the market and available to address all the new challenges that arose.

SICMA S.p.A. reached the apex of success at the threshold of its first 50 years of trading. The production areas of the entire chain have today increased ten-fold compared to the original premises, spread over 5 plants (tool machines, robotic welders, painting and assembly lines) giving a total of approximately 30,000 sqm. The turnover in growth and the increase in the number of employees (today in total over 120) consolidate the path of successes that have allowed SICMA to become a firm point in the global market of agricultural equipment.

The philosophy that has driven our history throughout these 50 years of great successes is total customer satisfaction.